Inhale to the Chief

(The code name for this highly secret project was "Elvis")

Clinton had just been elected 42nd President of the United States
and had just been inaugurated. A month after the inauguration,
the Grateful Dead were performing thei annual Mardi Gras shows.
The Art Police decided to let Bill exhale since we figured
he had been holding it in for so long.
A Grateful Dead show was the perfect environment. 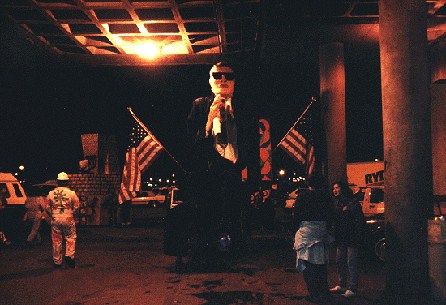 Bill Clinton leaving the staging area at the Oakland Coliseum.